Reports from the supervised sectors for 2020

Reports from the supervised sectors for 2020

Finanstilsynet’s control of prospectuses aims to ensure that investors are given access to relevant information in connection with an investment decision to subscribe for securities in the relevant company.

Vetting of prospectuses in 2020

Two types of prospectuses are vetted. The first type is EEA prospectuses in the case of public offers for subscription or purchase of transferable securities worth at least EUR 8 million, calculated over a period of twelve months, that are directed at 150 or more persons in the Norwegian securities market. The second type is transferable securities admitted to trading on a Norwegian regulated market, including where a company whose shares are already admitted to trading plans to increase its capital by more than 20 per cent.

In 2020, Finanstilsynet approved 50 share prospectuses, which was roughly on a level with 2019. A total of seven prospectuses were issued in connection with initial public offerings (IPOs) on Oslo Børs or Euronext Expand, a reduction from twelve in 2019.

Throughout 2020, the capital market was characterised by uncertainty related to the Covid-19 pandemic, and issue activity was particularly low from March through June on the regulated markets in Norway: Oslo Børs and Euronext Expand. The result was a 20 per cent increase in private placements during 2020 compared with 2019. The second half of the year saw a large number of admissions to trading at the multilateral trading facility Euronext Growth at Oslo Børs, where 49 companies were admitted. The companies that were admitted to trading were primarily engaged in sustainability, technology and seafood. In connection with the admissions, a total of NOK 21 billion was raised through private placements. Euronext Growth's issue volume increased by 1 200 per cent compared with 2019. Towards the end of the year, there was increasing issue activity on the regulated markets Oslo Børs and Euronext Expand, and total capital raised was NOK 45.7 billion, up NOK 2.3 billion from 2019.

Prospectuses vetted by Finanstilsynet during the period 2016 to 2020

Finanstilsynet cut short seven vetting processes in 2020 after capital raising and/or admission to listing were discontinued. Further, a large number of documents related to so-called passported prospectuses were notified to competent authorities in the EU/EEA area and vice versa.

Finanstilsynet levelled criticism at a company for failure to provide an approved prospectus in connection with the issue of bonds representing more than 20 per cent of the number of bonds already admitted to trading.

In connection with the introduction of new prospectus rules, ESMA has established a new Prospectus Register for reporting from national authorities as from 1 January 2021. Finanstilsynet has set up a solution where companies whose prospectus has been approved can report the data required by ESMA to Finanstilsynet themselves, whereafter the information is automatically transferred to the Prospectus Register. Finanstilsynet expects this to streamline both the transfer of data to ESMA and the passporting of prospectus between Norway and other EEA countries. This is currently a manual process. 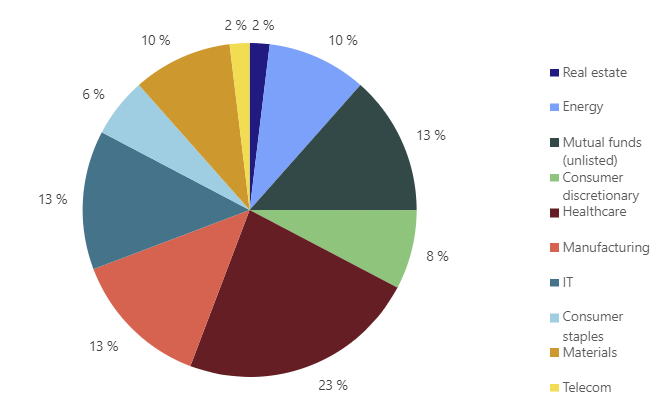